Yes, the oasis! A little slice of heaven right here on 10 minutes walk from the centre of the town. The best way to visit this green field above the sea is just to take a walk from the centre of the town, down to the west by the coast. After passing ACI Marina and lovely scenery of sailing boat crowd, you will see tall cypress hill, locals call Sustipan. Free entrance and unexpected silence above the mighty sea, the best end of your Split walk.

The sky and the sea here are the most beautiful shade of blue you will ever see. This little oasis is an unforgettable experience amidst the Mediterranean blueness. 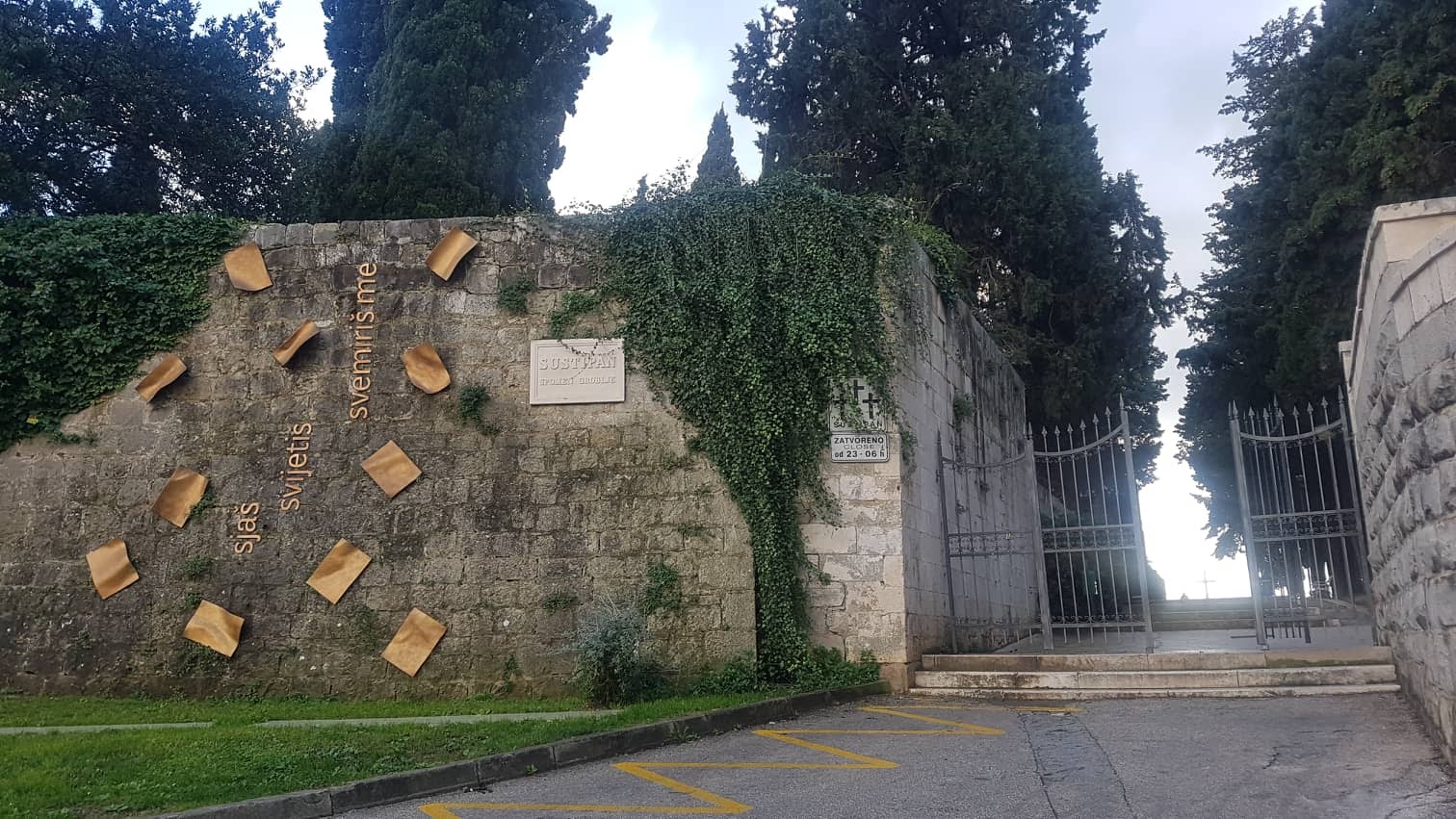 From churchyard to the green park of Sustipan

At the beginning of the 19th century Sustipan became Split’s first cemetery, outside of the city at the time, only to be demolished, regardless of the emotional connection citizen’s of Split had for this location and an extraordinary artistic value of the local tombs, by the communist authorities after the opening of the new cities cemetery. The only thing preserved to this day of the entire cemetery is a Classicist gloriette.

Sustipan is turned into a beautiful park, a genuine little green oasis from its reefs that meet the sea a breathtaking view spreads directly towards the deep sea and the islands in front of Split.

“We came across this spot by accident when trying to make our way to another site but we’re really pleasantly surprised. It’s a small ‘park’ but the views of the sea, the harbour and Split itself are fantastic and it’s a great spot for photos.

There’s a small church too and the ruins of a Roman basilica giving the place an interesting history to explore.
Sitting and watching the boats pass by was very relaxing.”

This green oasis once was a city cemetery, closed in the 1960’s, and now is a place of tranquillity, even contemplation. In short, a perfect spot to run away from the crowded city centre, traffic, noise, your own kids.

There are many ways to enjoy Sustipan – an oasis in the heart of Split. You can just sit on one of the benches on the cliff edge overlooking the sea, or simply enjoy in a green scenery. Get spiritual in the church of Saint Stephen, where once stood a monastery where the last Croatian king Stjepan resided. 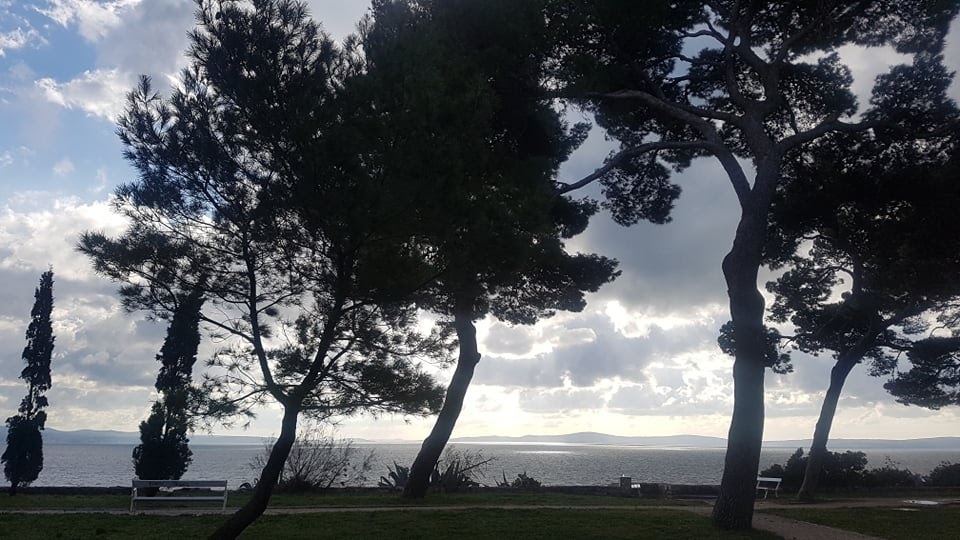 Islands of Brač and Šolta

There are even some old gravestones around the church, as a reminder of the old cemetery. If you decide to walk to its westernmost edge and enjoy one of the prettiest views on Split, prepare your camera!

Dogs are not supposed to enter the Sustipan, though you will probably see few.

During July, a very popular music festival “San sustipanske noći” is being held under the coloured pines, and if you are in town and  decided to visit it, you won’t regret this. 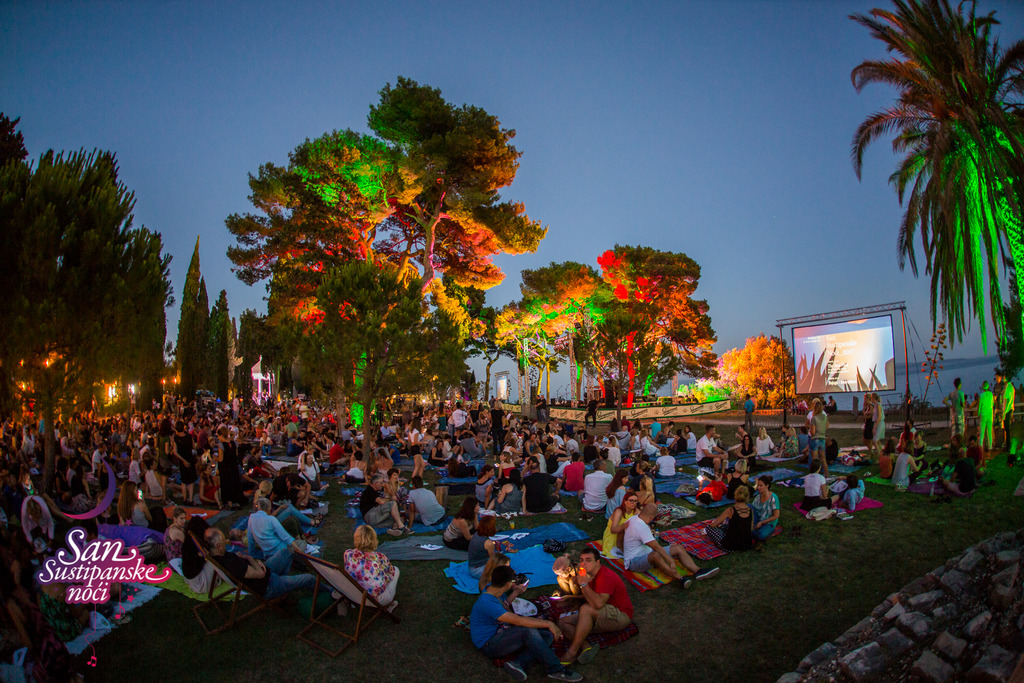 You can visit Sustipan just easy walking from the centre or from Marjan hill, after swimming on Obojena svjetlost beach or Jadran hotel. You can rent a bike and take a long rest up there under the treetops.

The good thing is there is never too many people on Sustipan, so you can be sure you will capture your zen-moment. On the northern walls of Sustipan you can sit and rest a bit, capture the moment and make great photos of Split scenery.

You can take a picnic blanket and have a brunch or glass of wine late afternoon ( you should know by now Dalmatia has a magnificent wines!) But keep in mind after 10 pm the door of Sustipan gets closed.

(Closed on Mondays and public holidays.)

As a symbol of Split and its lungs, Marjan Park is an integral part of the city centre that extends from Marmont Street and continues to the west. It’s long over 3 km. In 1964 it was declared a park and since then is considered a protected part of Split. Walking, running, swimming, jogging, climbing or riding a bike – your choice. We recommend taking some time to visit this magnificent natural park.

Park is always open, no tickets, no car entrance.

Throughout the year, you can use public taps with drinking water all along the way.

Meštrović’s Crikvine-Kaštilac are located in the area of Meje, below the southern slopes of the Marjan Peninsula, by the sea, near Meštrović Gallery. It is a sacral and artistic ensemble formed on a ruined farmed estate with the remains of the building of the Capogrosso family from the 16th century. 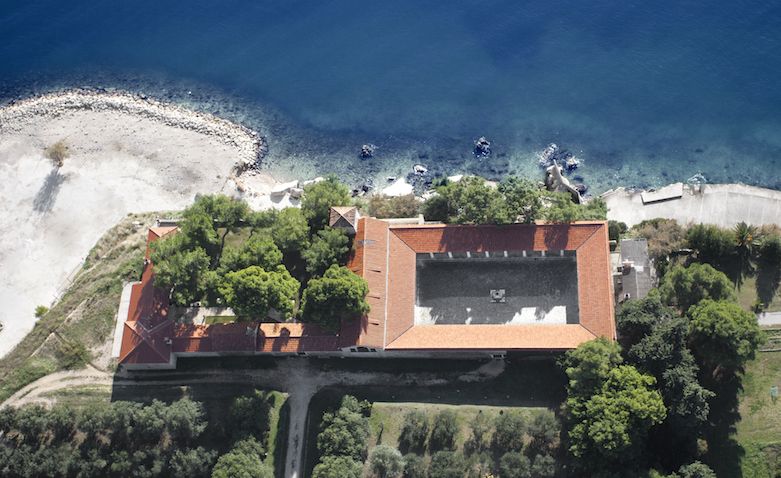 St. Nicholas can be found on the southeast slope of Marjan, two hundred meters above the Prva Vidilica (First Peak), from where a spectacular view spreads over the sea and the ships St. Nicholas protected since ancient times, along with their crew.

And finally, this might be a spot from where you can start walking along the sea all around Marjan hill. On Marjan, Bene bay, you can rent a kayak and explore town paddling. 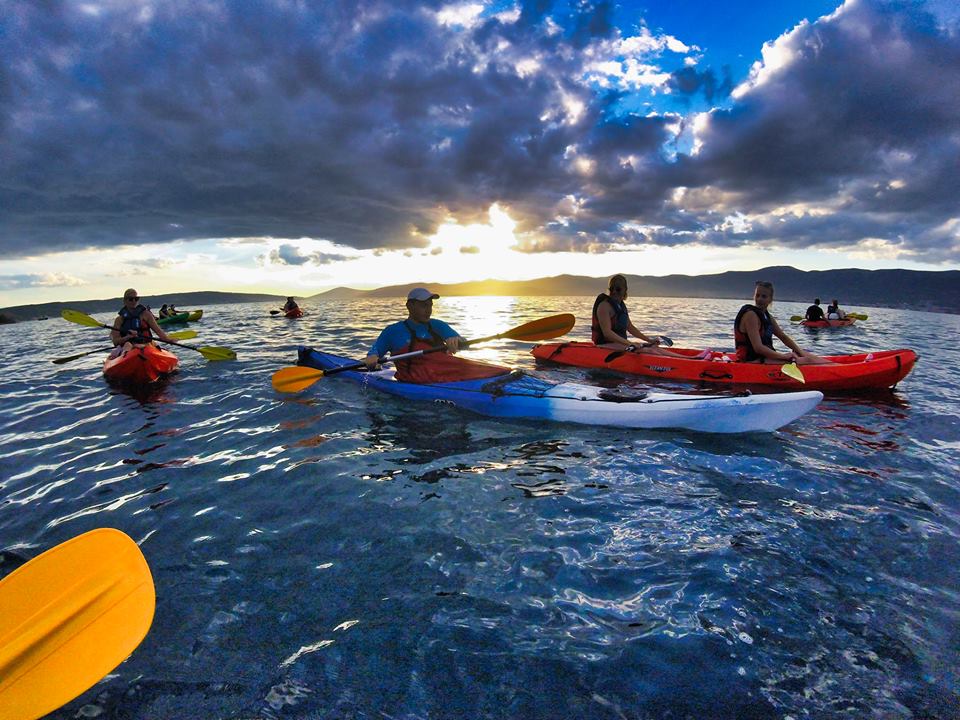