(2 Reviews)
Private Tour
From€50
In order to book this tour, contact us.

When you book with an account, you will be able to track your payment status, track the confirmation and you can also rate the tour after you finished the tour.
Sign Up
12176

Why Book With Us?

Do not hesitate to give us a call. We are an expert team and we are happy to talk to you.

Split Jewish Tour will tell you why the Jewish community in Split enjoyed a status unlike anywhere else in Europe, and why Split would not be the same without it.

For a relatively small Mediterranean town, with a dominantly catholic tradition, Jewish heritage in Split makes an incredibly important part of history. In two millennia of its existence, the Jewish community in Split faced many challenges, including the toughest: World War II. But, with the third oldest Synagogue in Europe, one of the oldest and most beautiful Jewish cemeteries and many accomplishments of its members it continues to be a significant driving force of Split’s culture.

If you want to know more about the Jewish history in Split, to hear about its community’s origins and struggles and walk in the footsteps of its proud members, the best thing you can do is to join the Split Jewish Walking Tour. During the tour, you’ll visit all the most important sites in the Old Town, both inside and outside the Diocletian’s Palace, with the emphasis on the Jewish heritage – Jewish ghetto and Jewish Synagogue in Split as the highlight of the tour.

Complimentary Walking Tour of Split with the emphasis on the impressive Jewish tradition with history, architecture, trade, and cultural heritage given to Split. Our guides will take you on the Tour that will highlight your visit to Split, leave you great memories of our beautiful town, and make you want to come back here. Tour is private so you can be sure that it will suit your tempo, interest, and necessities.

• Confirmation will be received shortly after booking
• Not wheelchair accessible
• Children must be accompanied by an adult
• For a full refund, cancel at least 24 hours in advance of the start date
• Tour available in English 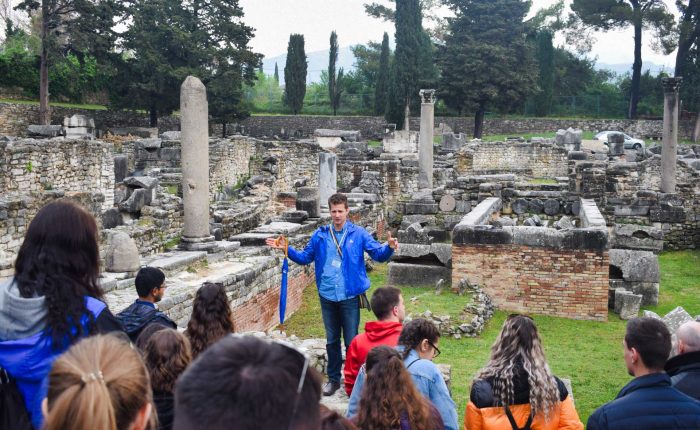 From€50
0
For Cruise Ship Travellers 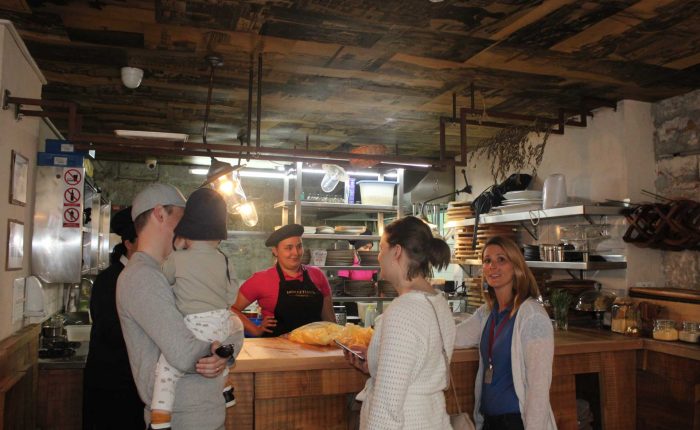 Amazing Tour with Darko. We saw the whole Diocletian’s Palace which is breathtaking and all the hidden places that we would never found on our own. His knowledge was great. We visited Synagogue where we meet the local rabin. It was a really pleasant surprise to find something like that in Croatia. Jewish history is much bigger then I thougt so in this city.

10 travellers are considering this tour right now!
Message us
Timelines.ai
0